If you are looking for some advice on discovering Laos and are struggling with tons of information on the internet, don’t go anywhere else, here is some suggestion to help you choose the best time to visit Laos during your Laos tour.

Laos is a unique country in South-East Asia, which has no coastline, mainly covered by natural forest. Since Laos is one of three countries in Indochina besides Vietnam and Cambodia, it is affected by tropical monsoon weather. A year in this beautiful country is divided into 2 main seasons. Wet season exists from March to October and dry season from November to February. 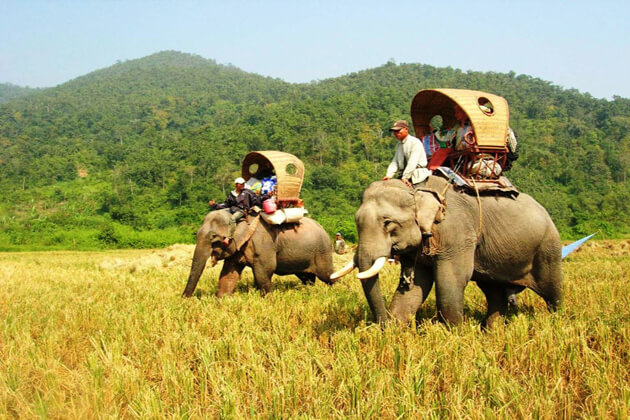 March to October – the Wet Season of Heat & Downpours

During the wet season, you will have a chance to experience tropical rain – typical thing South-East Asia. It often happens unexpectedly and mainly focused on June to September. In addition, the rainfall also varies based on the geographical area. For instance, highland of Vientiane, Bolikhamsai, Khammuan, and Eastern Champasak Province receive the most precipitation. In Luang Prabang, Sainyabuli, Xieng Khuang Province, you won’t see too many rains. This time falls into the middle of summer. Therefore, the heat combining with raining, bring about the heat, which can cause some inconvenient and uncomfortable. 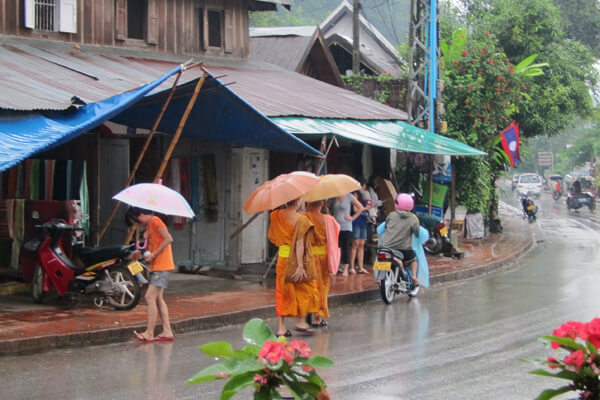 December to April – the Dry Season of Cool & Pleasant Weather

After wet season, here comes the dry season. You feel no longer the sticky, humid atmosphere surrounding – an excellent strategy to avoid heat, hazy sunshine and humidity! That explains why this is also the high season, from November to March.
At first, the cold wind from China at this time flies to Laos, lowering the temperature in Laos’s Northern part. The cold appeared in the early morning and in the evening, but is nothing compared to Western Cold; instead, it is a pleasant one. The Southern part with moderate temperature is waiting for your visit. During this good weather, not only Laos, but you can also extend your holiday and book an Indochina Tour for sure.

The Best Time to Visit Laos

The best time to visit Laos runs from November to March, because from April to October, it’s the summer monsoon of rain and drought season. It is then the dry season and the temperatures are not too high for a reasonable hygrometry. But in that season, the temperature varies a lot and depends on the altitude. The contrast between daytime and nighttime temperatures is important. In the mountains or on the highlands, the nights are very cool; therefore the rooms are not heated, it is better to bring up a blanket to cover. Then, when it is already getting very hot in Vientiane, the temperature remains more clement in Luang Prabang, because of the surrounding mountains (Vientiane is in a plain). 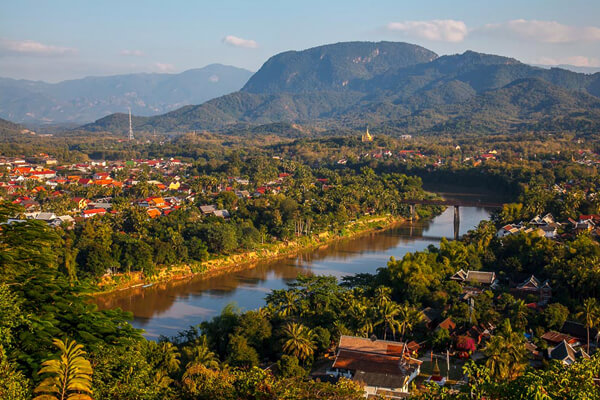 However, it does not mean you can not visit Laos in the wet season. July and August is still the best time for Laos tours, it is still humid but not too wet; the tourists also marvel at many fresh green landscapes. By the way, the temperature near the mountainous areas is cooler, which is suitable for trekking and hiking.

During the dry season, there is no need to pack your whole wardrobe. Easily washable summer clothes are suggested: we get dirty more because of the dust on the roads. The bare legs are more vulnerable to mosquitoes, dust and, moreover, they are very poorly perceived by the population (Laos is a modest country). As for sites allowing swimming, such as Vang Vieng or the 4,000 islands, reserving the swimsuit in the aquatic environment (the bikini for girls is not recommended). If you bath in the villages where the favorite clothing is the sarong. A hat and sunglasses are essential, as well as high shoe canvas. The barefoot and other flip-flops are not recommended for walking; on the other hand, they are very practical in “semi-urban” areas.
Warm clothing is useful in mountain areas between October and March (at night temperatures can drop to below 10°C).

During the wet season, a raincoat or an umbrella is essential during your Laos tours. You should choose clothes which are easy to dry and fold. Sneakers are recommended for slippery roads after the rains. Prepare some waterproofing bags to keep your phone and pocket dry during the rains.