Immerse yourself in the Wat Si Saket, visit Ho Pra Keo or Wat Ho Phakeo – one of the most impressive and interesting temples in this super quick trip. Get into the Presidential Palace which is the official residence of the President of Laos. Explore Patuxai- a war monument in the center of Vientiane. Drop in Great Sacred Stupa – is the most important Buddhist monument of Laos. On this half-day Vientiane, the tour includes round- trip with transport and entrance tickets.

Pick you up from your central Vientiane hotel at 9.00 am, begin your 6 hours private tour, and settle inside your private with the vehicle with your guide. Then, the first stop was Wat Si Saket, which was the main temple to penetrate the interior of the Siamese forces in 1828, which was the reason for creating the tempest temple in Vientiane with its unique appearance to Sisaket. 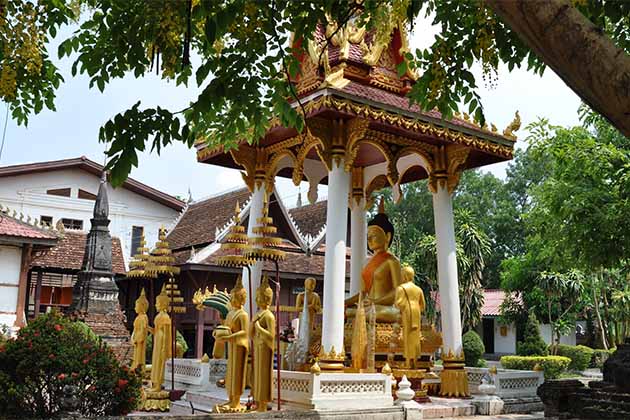 The next stop is Ho Pra Keo or Wat Ho Phakeo. The Ho Pha Keo Temple is one of the most established temples of the Laos capital. It was a genuine temple whose intention was to oblige the acclaimed Emerald Buddha. The ho Pra Keo was the construction from the nineteenth century in the King Annouvong dynasty. 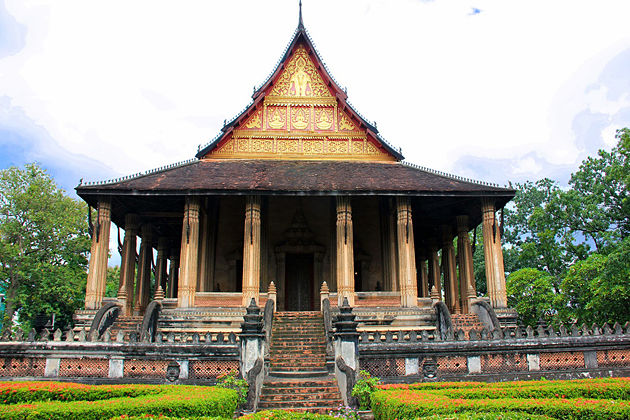 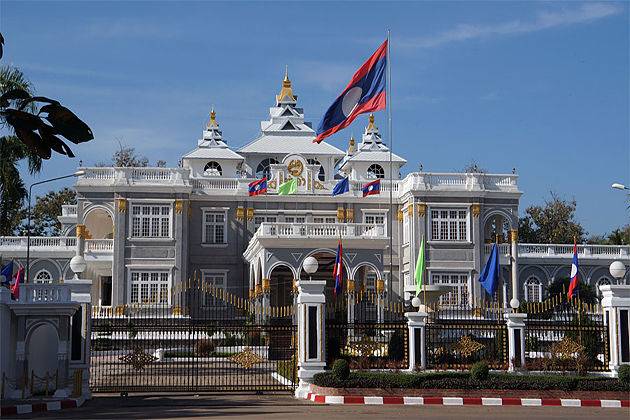 Continue to Patuxai, The Patuxai Monument is a war memorial for individuals fighting for freedom from France. The monument was built thanks to American aid. The royal government of Laos instead of building the monument, the royal government of Laos has made it a symbol of the “vertical runway”. The statue was designed by Tham Sayasthsena, a Lao designer. In 1957, his designs were selected and presented by the Public Works Department, the Military Engineering Department, and several separate drafts. 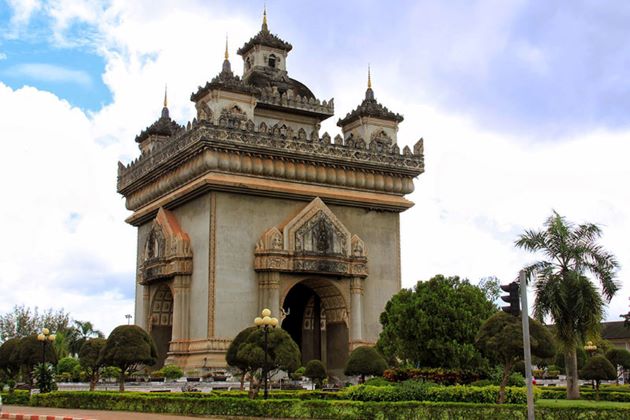 The last attraction is the Great Sacred Stupa (Pha That Luang). Pha That Luang or “the Holy Spirit Stupa,” is the most sacred vestiges of Laos and symbolizes Laos. So you will see the image of the stupa on the national seal or Lao money. The high of the Stupa is 147.6 feet and the structure was built on three levels with a taking off stupa encompassed by 30 little stupas, and all secured by gold leaf to exhibit the magnificence and quality of the kingdom. 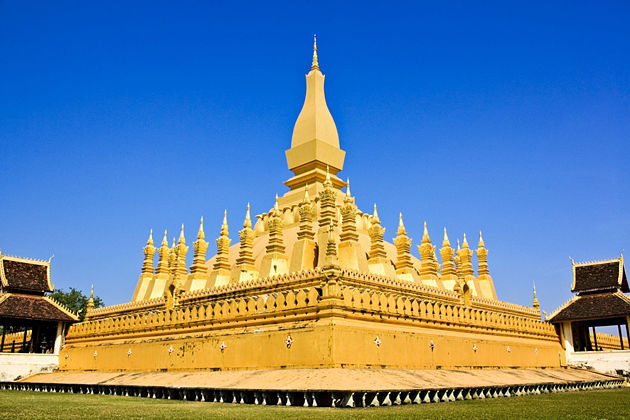 At the end of your private tour in Pha That Luang, back to your hotel in Vientiane, take a rest, and be ready for another tour in Vientiane Tour the next day.

There are no reviews yet. 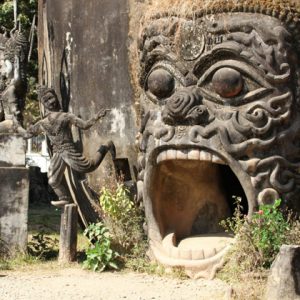 Do not have time but still wish to get a glimpse of Vientiane. Then this half-day tour is absolutely for you. Visit Buddha Park to behold the human masterpieces of architecture. Experience the cultures and tradition through museum preserving long-established values of this land-locked country. 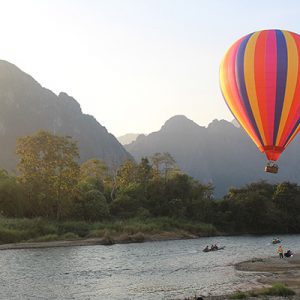 Vang Vieng is not only famous for its water sports and party atmosphere, but also home to some of the most beautiful landscapes in Laos. On this 2-day private tour from Vientiane, visit Tham Chang Cave or stop at traditional villages such as Ban Pha Thao's Hmong Village and KM 52, and Ban Keuan (the salt village)  and cruise down Nam Xong River for amazing experiences. 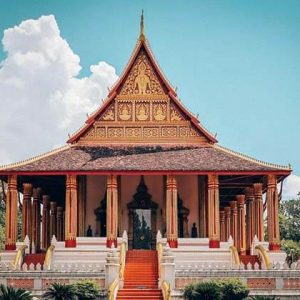 The Charm of Vientiane – 4 Days

“Sabaidee” with Laos. In 4 days in Vientiane, Go Laos Tours will bring to you the best famous sites in Laos, the ancient temples with over 300 years old, the historical sites or join in the special rituals of Laos at the Vientiane land. With 4 days in Laos itinerary, you will have the unforgettable experiences. So, what are you looking for? Take the pack back and let’s go to Vientiane! 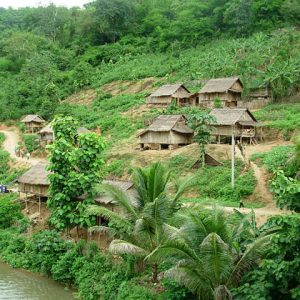 Escape the bustling city in Vientiane to enjoy the full day tour of Nam Ngum Lake in the countryside, the beautiful scenery over the Nam Ngum River. Be amazed by the beauty of the green valley and get overwhelmed by the presence of this vast, spectacular lake. Visit a traditional H’mong village and admire the evocative ruins of Vang Xang. After having a delicious lunch at a boat restaurant on Nam Ngum Reservoir, find the taste of local life as you cruise around the lake and the fishing villages at the lively Dong Mark Khai Market.

Avoid the chaotic city to find a peaceful, Laos is an ideal destination for those who want to find the new one. Come to Laos like back to the past to find the nostalgia, the temples are over a hundred years, the cultures which only Laos have, or the spectacular landscapes which are given by Nature Mother. Only in 5 days tour in Vientiane, you will be surprised by the real Laos, which you cannot see on the internet. What’s are you waiting for? Travel to Vientiane with us. 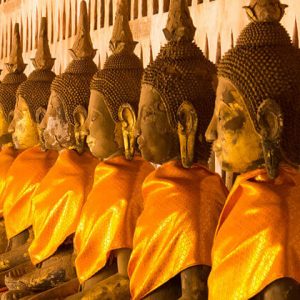 Explore the two best cities in Laos, the capital city Vientiane and the charming Luang Prabang combined in this 6-day amazing Laos tour. Discover a rich mix of the culture of the most splendid and classical Buddhist temples as well as the relax and enjoy natural beauty from Mekong River to Kuang Si Waterfall. Unlock the mysteries hidden inside the land-locked country in Indochina. 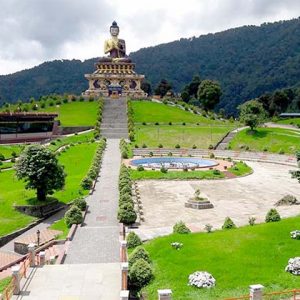 Explore the "land of a million elephants" should include Vientiane as the essential stop. During this 3-day Vientiane tour, take time to discover the city of heritage sites, classic French architectures, learn about Lao culture and history from Wat Sisaket, That Luang Stupa, buy souvenirs at the market and visit some famous landmarks such as the Buddha Park and the National Museum of Laos.