With the population of 7 million and increasing with the annual rate of 2.7%, Laos’ population density nowadays is 21 persons per square, the lowest population density in Southeast Asia. Despite that small population, Laos people have already had over 49 ethnic groups all over the country with 4 main categories (4 general groups or 4 main types of Laotian): Lao Loum, Laos Theung, Laos Soung and others. Lao Loum, Laos Theung, Laos Soung represent for three mainstreams in linguistic group: Tai Dakai language, Mon Khmer Language, Chinese-Tibetan and Hmong-Mien language families.

The main group making up over 60% of Laotian population can also be called Laos Loum, the Lowland Laos or Laos Thais. The name “Lowland Laos” refers to the fact that, Lao Loum usually lives near rivers: maybe in the river’s bank or along Mekong Riverside.
Lao Loum is also the one who has the most similar characteristic of Thais People. Lao Loum’s Language is extremely similar to Thais’ language, even in writing and speaking. Therefore, Laos Loum can be known as Laos Thais Group sharing the same characteristic. When it comes to Laos Theung or Laos Soung, you will definitely notice them different from Thais people.
Another explanation can account for the name “Laos Thais” is originate from the term “Thai” which is how to call the people of the Siam, the Shan Birmans and Laos is the group of most powerful people in this ethnic group, who have dominated the region of Siam. They follow Theravada Buddhism and is still under influence of Animism, which explains why Laos nowadays is strongly under influence of Buddhism and a part of them believes in the existence of spirits. 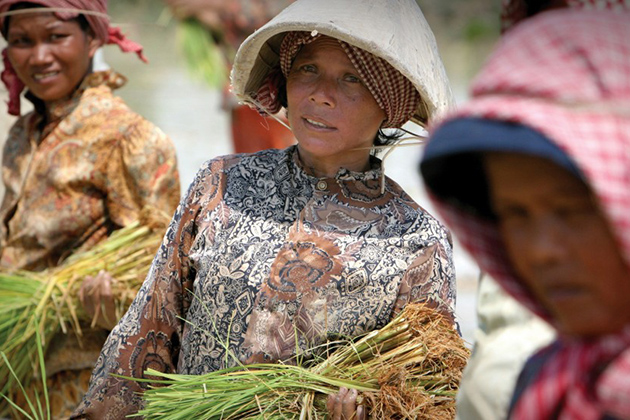 The second major group accounting for over 25 percent of Laotian population, Lao Theung is from the Austrao-Asiatic origin. According to the history, Lao Theung came from the Southern part of Asia, moved toward Northern Laos and ended up there staying in Laos. Lao Theung literally means Midland Laos, which also describe their living area: mainly in multi-level slopes and mountains along Mekong River, totally different from Lao Loum who lives along Mekong River’s banks.
Lao Theung can be considered as the most multi-cultural group in Laos since there is the existence of many ethnic groups such as The Kamous, The Bits, The Lamets and the Kuenes, etc. Based on their location, only a small part of them are Buddhist and largely still believe in Animism, which also tells us why Lao Theung’ economy does not develop as well as Lao Loum ’s. Lao Theung has been once used as the slave of Lao Loum in the past. 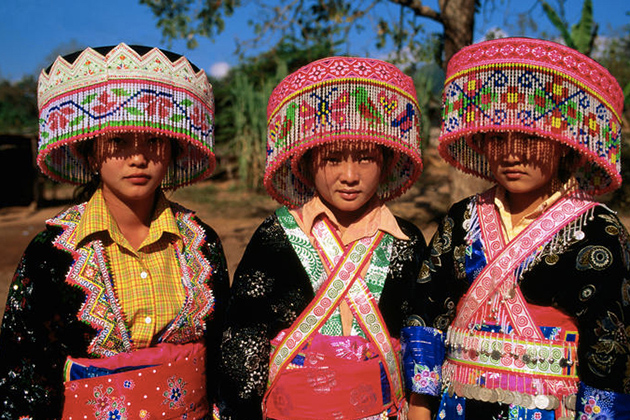 This group only accounts for around 10 percent of Laotian population and their living area is also very special. Lao Soung or Upland Laos usually inhabits in the upper basin of Mekong River in the northwest, in the highest mountainous area (over 1000 meters).The first Lao Soung has immigrated from the North, Southern China in the last two centuries. Therefore, the main language if Lao Soung is sharing some similar characteristics with Chinese or Tibetan-Burmese

We can clearly see the variation in religion from Lowland Laos, Middleland Laos to Upland Laos. When it comes up with the higher location, Laotian belief reduces in Buddhism and in Animism or Spirit. Mainly all Lao Soung is Animist, very few of them are Christian under the influence of French Colonization. 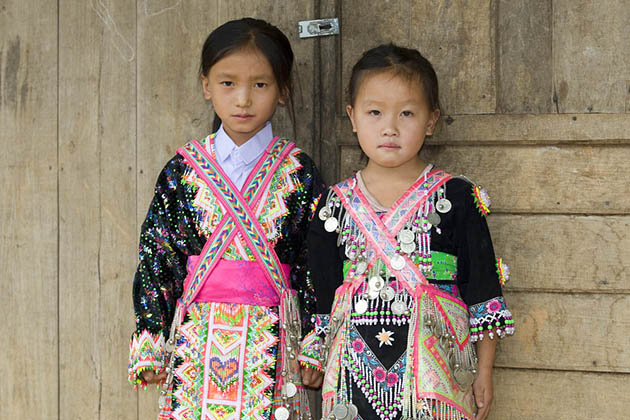