Sitting at the confluence of the Khan River and Mekong River, Luang Prabang is almost like a daydream afar that offers loads of things to awaken your travel sense. No one can deny the charm and attractiveness of this UNESCO-protected gem, demonstrated by an increasing number of Laos tours to this dreaming place. Among all, the Royal Palace Museum in Luang Prabang has proven its world-class comfort and spiritual glamour. 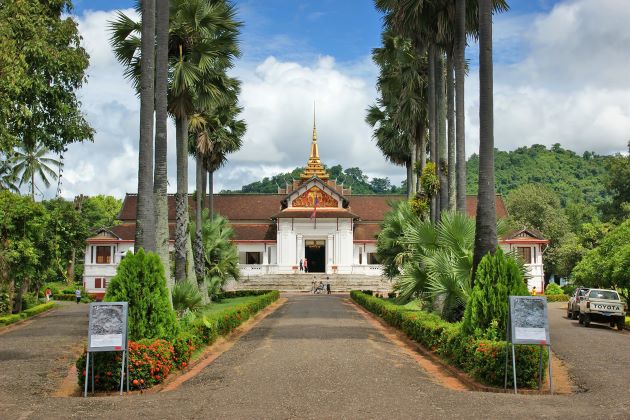 The History of the Royal Palace Museum

Travel a bit further from Luang Prabang’s main boulevards; you will bump into the alluring Royal Palace Museum which is also known as Haw Kham. Actually, there is no better way than pay a visit to this best-known museum in order to gain first-hand experience of typical Laos’s history and long-established tradition.

Dating back to the early 20th century, the Royal Palace Museum becomes home to a huge collection of exhibits that represent the Lane Xang Kingdom’s past and those of the present day. The Museum, therefore, with no doubt, is a perfect place for those being interested in exploring the living condition of Laos’s history. In the past, the Royal Palace Museum used to be the residence of the king and it was beautifully designed with an ideal combination of tasteful scents of traditional, cultural Laos and French Beaux-Arts style. 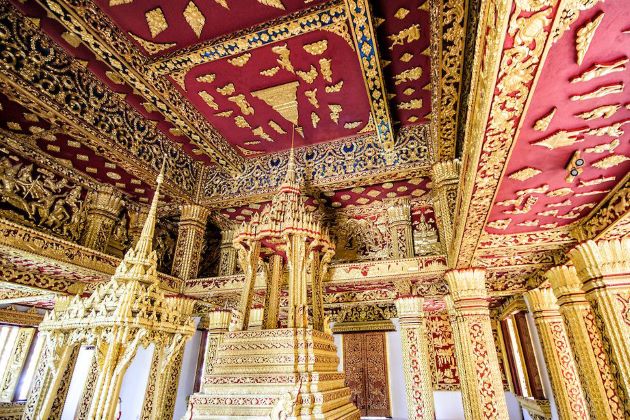 The Museum experienced a long history. It was in 1975 that the palace was taken over by the communists. At the same time, the royal family was sent to re-education camps. Then, it became a museum and was opened to the public in 1995. A visit to this museum also gives you a chance to explore a number of historical and cultural buildings, including a new exhibition hall and a chapel named Haw Prabang, coupled with a statue of King Sisavangvong.

Once the residence of the royal family, there still exists well-kept royal apartments that would definitely give you an insight into the lifestyle of the royal family. The museum contains a broad collection of ancient religious objects, paintings, weapons, and statues dating back several centuries ago. Along with that, you will have a chance to see the crown jewels of Lao in the Throne Hall. There is a 2,000-year-old Prabang Buddha made from solid gold in the new pavilion.

The Royal Palace Museum open every day excluding Tuesday from 08:00 to 11:30 am and 13:00 to 16:00. The admission is 30,000 Kip and it’s about $4 per person. Remember, taking photographs inside the Museum is not allowed. Before entering the Museum, cameras and bags can be stored in lockers at the entrance, and dress respectfully. 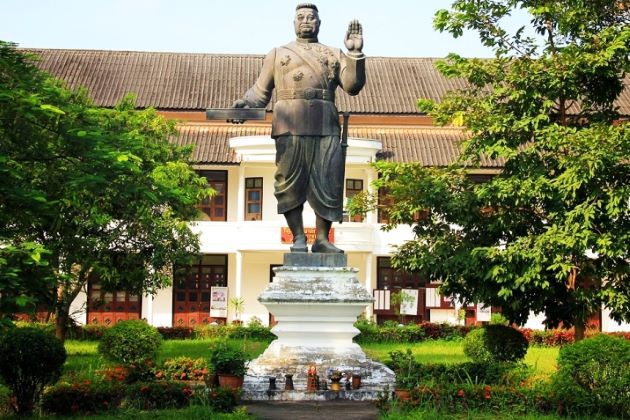 How to get the Royal Palace Museum

The museum is located on Thanon Sisavangvong in the city center, between the Mekong River and Mount Phousi. You can go on foot, take a tuk-tuk or jumbo ride from the center of town. The price for tuk-tuk between 10,000 Kip (US$1.30) and 15,000 Kip (US$ 2).

One thought on “Royal Palace Museum in Luang Prabang”