Laos language is the official language spoken in Laos as well as the northern of Thailand. Before traveling in Laos, certainly, you have a chance to learn some vocabulary which will help you during your Laos tour to communicate with the native people. So, let’s explore the Lao language! 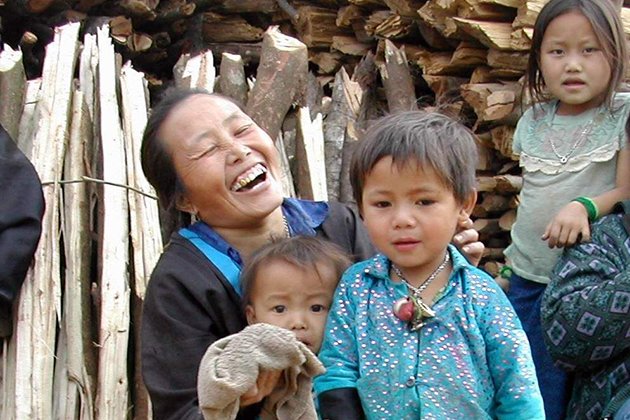 Lao, also known as Laotian is the official language spoken in Laos. Migration and conflict have led to the current ethnic composition of Laos being distributed in different geographic regions and thus different languages. There are currently 86 languages spoken in Laos by different ethnic groups. By influencing the struggles in the past, French and English have been identified as minority languages in Laos.

Laos is the second-largest French-speaking country in Southeast Asia. In the 19th century, the advent of French explorers facilitated the spread of France. Laos became a French protectorate in the 1890s. France’s position in Laos was not complete, especially after the decline, but it was ingrained in some. Nearly 35% of students nationwide are taught in French and it is favored by elite classes, higher education specialists, diplomats and elders. Some Lao words have been incorporated into French giving it a unique local flavor of Lao.

Do They Speak English in Laos?

Nowadays, English also add in Lao education, and it is increasingly being regarded as the language of global commerce. The younger generation in Laos tend to speak English and it’s more widely spoken than its European counterpart

In the different ethnicities of Laos, there are more than 80 languages are used. The Khmu people is the largest people of these ethnicities, ranging across 10 provinces. Khmu is classified in the Austroasiatic language family, while the Hmong language is used by the Hmong community inhabiting the mountain of Laos, Thai, AND Burma. The Languages are used in two groups namely White Hmong and Green Hmong, other minority languages of Laos include Arem, Hung, Khmer, Maleng, Pacoh, Lamet, Phai, Akha, and Kim Mun.

The Lao Language was After unifying the Lao nationalities (meuang) in the 14th century, the Lan Xang monarchs commissioned their scholars to create a new script to write in Lao. Scholars can model the alphabet on the ancient Khmer script, itself based on the Mon scripts.

Consonants in the Lao Language

Vowels in the Lao Language

The vowels are divided into two main groups according to their sound (long/short sound) and the special vowels. In the Lao language, the vowels can appear before, after, above, below and around consonants. Moreover, the Vowels can wrap around a consonant, it may be two or more vowels combined to create a sound.

The Tone in the Lao Language

There are 6 tones in the Lao Language. The tone of a syllable is determined by a combination of the lass of the consonant, the type of syllable (open or close), the tone marker and the length of the vowel.

Some Vocabulary to Communicate with Laotian in Your Laos trip

Well! You will be able to pick up the basics but if you know how to hold a fluent conversation. Here are some sentences as a tip when traveling in Laos.

Transportation in the Lao Language

Health/ Emergency/Security in the Lao Language

• I need to visit a doctor / Khaphachao choapentong paihamo dai
• Where is the hospital? / Hong mo you sai?
• Where can I find the restrooms? / Hong nom you sai?
• I’m lost / Khoi long thang