Explore cultures, cuisine, and tradition is enough for Laos tours. The answer is no unless you enjoy Laos tea. The land dominated by mountains becomes a paradise for planting and producing tea. Moreover, the tropical country of steaming weather is home to wonderful drinks such as Laos whiskey and beer. If you want to taste the non-alcoholic and healthy beverage, Laotian tea will be the best choice.

The story of Laos tea is one of the oldest stories in the world. According to a study, the Yunnan region of northern Laos and Myanmar is thought to be the source of the tea strain. The ancient people discovered this tea tree, which revealed the precious properties, can be used as medicine.

In the Sixteenth Century, northern Laos was part of the Kingdom of Xishuangbanna, a vassal state of the Ming Empire. The tea boom has even arrived in this rural area, and many tea gardens have been established, although most of them have not existed until now. However, Ban Komaen Tea has the unique opportunity to make tea from 400-year-old tea trees. 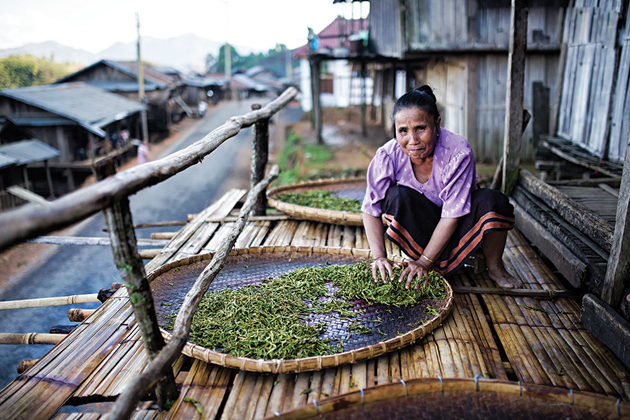 After achieving full independence in 1953, Laos began a long and winding road to social development. Tea was not a priority at the time, so the tea gardens at Ban Komaen were abandoned for half a century until the interest of Puerh tea increased.

In Laos, there are still some giant tea trees in the forest. They develop in eight provinces. We just described a place, spent a relatively untouched time, and became No.1 in the tea world. Therefore, when it is farmed in this way, the new plant will carry the legacy of both parents to become a unique tree. This is the same as for those who inherit the ancestors of their genes become similar and different at the same time. Look at the trees – each one has its own character, which is its own development.

The plant name for this tea is Camellia sinensis var. Trees like warm summers and cool winters, so the environment of northern Laos is perfectly suited to them. The true essence of these long-tasting teas has a deep flavor and long-lasting complexity, not to mention the sense of smell after the tea. It is completely organic and naturally grown, containing the best that tea can provide.

Every time in the harvest is quite difficult. It requires demand with high concentration and patience. That’s why not many people in the modern world can do such a thing: a day of plucking can result in just three or four kilograms of tea leaves, which will result in only one third left after drying. Taking care and harvesting tea requires people with years of experience. Therefore, the elderly in the village usually adapt to this work. 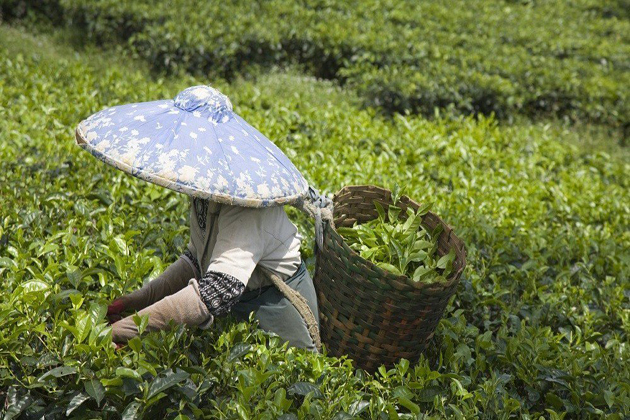 Luckily, the Ban Komaen tea gardens are still untouched until now, and we can make tea from the old tea trees. This is one of the legacies of the world, bringing the heart of a unique tea, created by Aboriginal and natural agriculture, then brewed and shared among people around the world. Thus, this is a rare example of true value and quality.

Phongsaly is one of the most famous tea regions of Laos. Phongsaly is also one of the most destination visited by tourists, who mainly attract visits to neighboring villages, the style has not changed for hundreds of years. The surrounding areas are rich in ethnic minorities and the people live very traditionally. The most famous are the Akha minorities, whose traditional costumes and beautiful body jewelry. Tea is one of the main items, produced around Phongsaly. In the past, another important commodity, also opium, has not come from quite a lot. Therefore, traveling to this land, you can buy Laos teas as a souvenir. 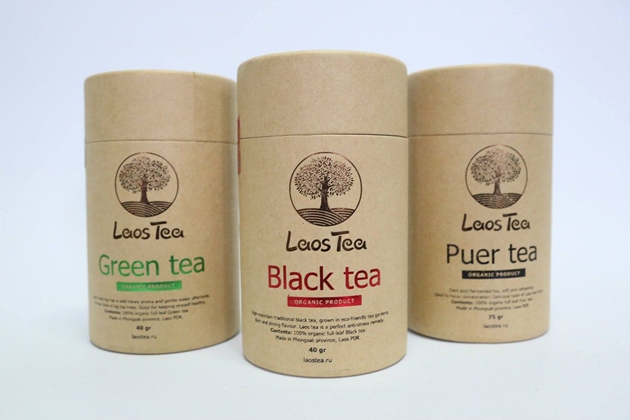 In the area around the town, there are only two villages with primitive tea trees. However, the entire province of Phongsaly contains more villages with ancient trees, especially near the border with the Yiwu and Jiangchen areas. The old trees in Phongsaly are similar to those in Yunnan. However, young trees and tea gardens around most of the villages around Phongsaly are from Yunnan and Guangxi. Hence, tea made from young plants here technically is not a puerh sheng, although the production process is similar. Finding a team that specializes in producing tea is really quite difficult. Most local workers do not know what Sheng Puerh and what is the flavor of tea in a practical way

The second village with its ancient tea is the Payasi board. However, most tea makers do not sell fresh leaves. Indeed, the process of making tea at Ban Payasi was not as well as Bankomaen, but its price seemed cheaper.

Laos Shengcha – One of the Most Famous Laos Tea

If anyone knows the white tea, shengcha pu’er is very similar to white tea, both are sun-exposed and very light but are oxidized – belong to the group of mildly oxidized tea. Significant differences in taste quality between the two types are the result of the plant variety and perhaps the growing environment, not because of this process.

Where to Buy Laos Tea

Laos tea is quite popular in Laos land. You can buy tea packets in any store in Laos.  Moreover, if you have a tour in Phongsaly province, don’t forget to buy these gifts for your loved ones. And don’t worry about the price, because the price of Laos tea is very cheap.

In a word, Laos tea is always a meaningful gift for anyone traveling in Laos in general and in Phongsaly province in particular.