Known as one of the highlight destinations in Laos tours packages, the Plain of Jars is always attracted by many tourists. Following two UNESCO world heritage sites in Laos, Wat Phou, and the ancient town, Luang Prabang, on 14 May 2019, Plain of Jars is recognized as the third site in Laos in the list of Unesco World Heritage Site in the happiness of all Laotian.

Laos has been waiting for over 20 years to have the Plain of Jars listed as a World Heritage Site. Wrote on his Facebook, the Director-General of the Heritage Department, Ministry of Information, Culture and Tourism Mr. Thongbay Phothisane was a delight to inform that Thong Hai Hin (local name) has been accepted as a World Heritage Site and officially announced at the United Nations Educational, Scientific and Cultural Organization (UNESCO) meeting in Azerbaijan. 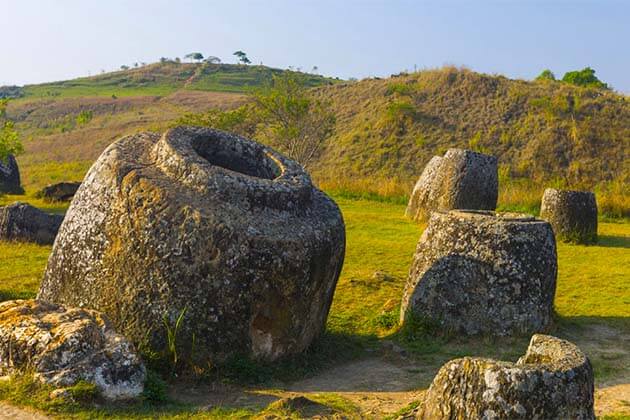 The Mysteries of the Plain of Jars

Located in the Lao highland, the Plain of Jars is known as the giant collection of the stone which is mostly made of sedimentary rock and, ranging from 3 to10 feet in high, each can weigh up to 14 tons.

The story of the large stone is still a big question for many people. Even when the locals, don’t know when has the stone appeared? Although the archaeologists believe that they were originally used between 1,500 and 2,000 years ago. Many researchers have given the theory that the jars had used as funerals urns or food storage. However, the legend of the locals said that the giant jars were created by Khun Cheung who was the ancient King, after fighting a long and victorious battle, and created the jars in order to brew huge amounts of celebratory Lao Lao rice wine. 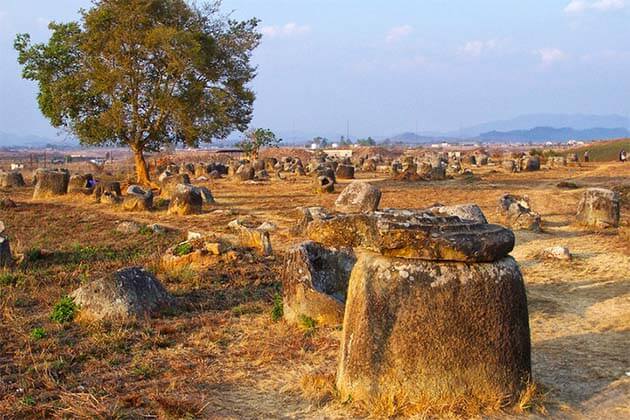 The Plain of Jar was still wondered until the 1930s when French archaeologist Madeleine Colani researched the area. During the days in this land, Colani discovered a nearby cave housing human remains, such as burned bones and ash, leading her to believe that the jars were funeral urns for chieftains.

However, here is also regarded as one of the most dangerous archaeological sites in the world. There are a thousand of unexploded bonds remain from the Secret War of the 1960s, and some of the arms still cause injuries to this day. So, be careful and don’t move to a dangerous area without the local guide.

How to Get to the Plain of Jars?

You can take the daily domestic flight from Vientiane and Luang Prabang to Phonsavan, the ticket price ranges from $65 to $90/person/way. It only takes 15 minutes from the airport to the Plain of Jars

Take easy to get around on foot, and tuk-tuk can be found along there as well. Or you can rent Chinese brand motorbikes for around 120,000 Kip a day.