Laos New Year is one of the unique festivals in Laos. As a country in Asia and near Vietnam and China, many people will mistake Laos’ New Year is the same as Lunar New Year which has been widely known around the world. If you travel to Laos, Thailand, or some countries, you will have chances to see the celebration of the new year with water festivals such as Myanmar, Thailand. But when you go deep into exploring Laos New Year, you definitely see the difference and realize of Laos culture and tradition that they are not the same.  There is no way they are the same, I bet you that. Let’s find out what is the point that makes it unique and why it is so attractive. Follow me! 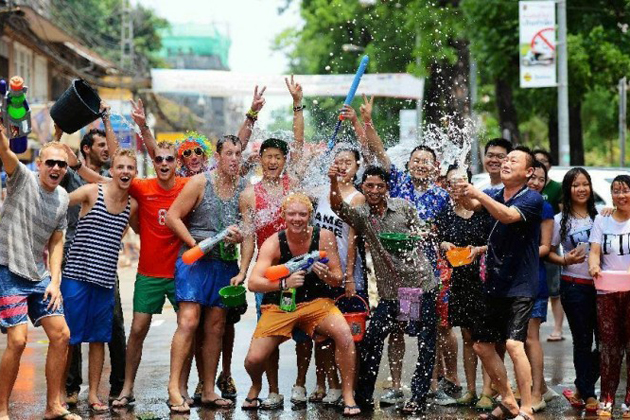 The interesting fact is that Laos’ New Year does not follow the international calendar or Lunar Calendar at all. Laos’ New Year takes place from 14th to 16th April of the year and Laotian considers 13th April as the last day of the old year. It is absolutely far away from 1st January and Lunar New Year around the end of January and the beginning of February. In order to explain this difference, there are two possible reasons based on Lao’s Calendar and Laotian Legend.

When is Lao New Year Celebrated?

At first, Laotian chose 1st January as their New Year, but there was a problem. At that time, the weather is quite cold, which causes difficulties in carrying out the water-throwing custom. Therefore, they have changed the day to the hottest day of the year in the summer when the day is much longer than the night. 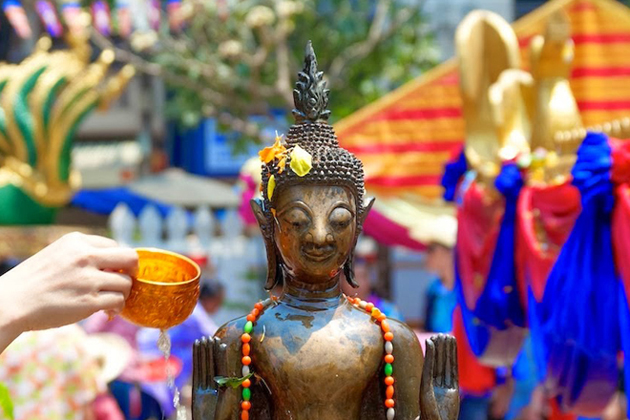 According to Laotian historian, under the influence of Chinese culture, especially Southern Chinese and Indian (the evidence is the big impact of Theravada Buddhism from India), Laotian has decided to use the Indic calendar. The fact that Laos New Year follows Mon-Pharma and Khmer also explain why Cambodians and Laotians have the same new-year. Moreover, Indian praises the importance of the moment or period when the day is longer than the night and it is the beginning of the wet season. At that moment, agriculture work will be much easier and plants grow faster. In this year, 2021,  Laos New Year Festival will begin from Sunday, 14 April to Tuesday, 16 April.

Another explanation about Laos New Year can be accepted is based on a Laotian old legend. This story is not related to Buddhism. By the word of mouth, locals said that there is a very intelligent farmer and he can understand the bird’s voice. His name is Thmmaphala or Thammabane. At that time, Kabinlaphom who is considered the most intelligent god in the world found out about Thammabane and wanted to have a competition with him. God has raised a question: 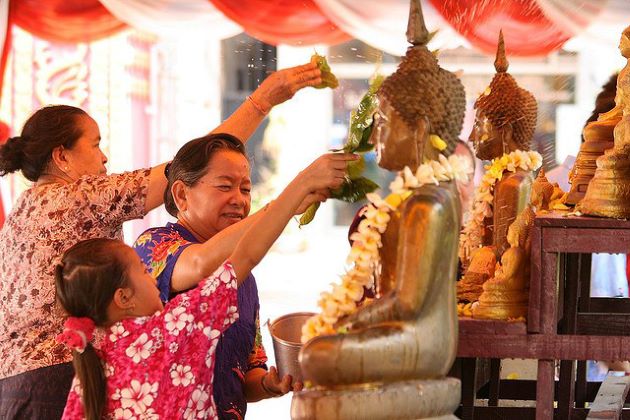 Thammabane knew the answer right away and following the promise that God had to behead, but before it happened, the god has asked his seven daughters to keep his head carefully. Otherwise, if his head fell to the ground, there would be a big fire. If his head was thrown to the sky, there would be a serve drought, and if in the ocean, the ocean would be empty. Seven girls followed his order and every year they will worship him and clean his head. That is the reason why Laos New Year was born with a water-throwing custom.

Best Things to Do & See in Laos New Year

Water splash in New Year can be considered as the biggest water festival in Laos. The first day of the Boun Mi Pai Festival (Laos New Year) is the last day of the old year. On this day, people will clean up everything in their house as a goodbye to old things in the last year and welcome new-year which is really close. Laotian also prepares perfumed water and flowers. 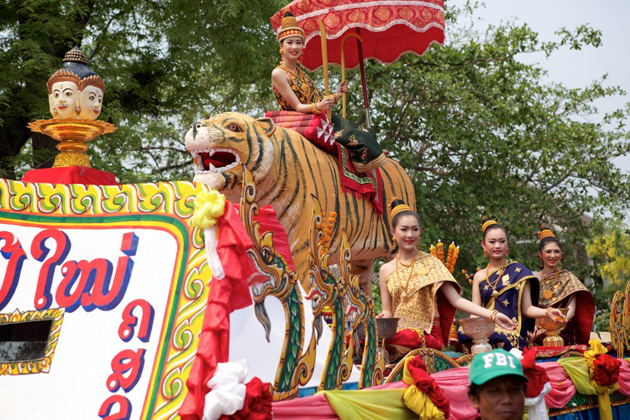 In the afternoon, Laotian will gather in a wat (temple) to listen to monks’ teaching and wash the Buddha statue with prepared perfumed water. Pagoda will have a room for this Buddha washing for 3 days. Everyone can come and wash the Buddha statue for good luck in the new year. The water coming from Buddha washing is considered to be lucky and will be brought homes by locals and throw to their family members. This custom comes from Laotian legend about Kabinlaphom God, who is later when he died, his daughters still visit his head and pray for good luck.

If you visit Laos on this occasion, you will be right at the burst of water. Water throwing is everywhere as Laotian custom. The student respectfully throws water to the elder in order to wish them a long life. And they throw water at each other, at the friend, at the stranger to sweep away the entire bad thing in the past. The wetter you are, the happier you will be. 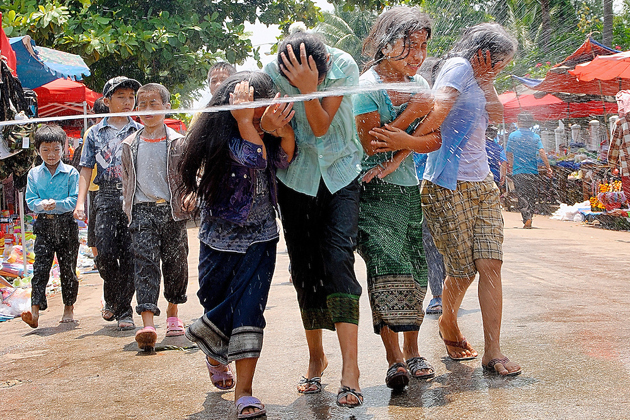 The Water-throwing custom is also related to reality. Laos is a country with no coastal line, which makes itself hotter than other its neighbor such as Vietnam, Cambodia, or China. Moreover, in April, when the weather is extremely hot, they throw water at each other in order to cool down the heat, which makes everyone happy.

Decorated Sand Mountain will be delivered to the wat (temple) and given to the monks in order to show respect for them. They will make Sand Mountain prettier by adding flowers, small flags, white strings, and perfumed water. These mountains represent the Mountain where seven daughters of Kabinlaphom God have worshipped his head. Nowadays, this tradition is used with the wish for good health and happiness.

As I have mentioned in Laotian Cuisine, Lap is one of the traditional dishes in Laos and extremely important for the businessman. Since “Lap” means luck in Laotian. If “Lap” is not delicious in the new year, it means little luck will go into your house. Moreover, Laotian can make “Lap” in order to give others as a present for the new year. The more “Lap” you get, the more luck your house will receive.

Each country will have different customs and traditions to celebrate New Year and Laos is not an exception. The unique and interesting customs make all of us surprised and amazed. In order to be ready in Laos New Year, let’s say: “Sôk Di Pi Mai” (Happy New Year)